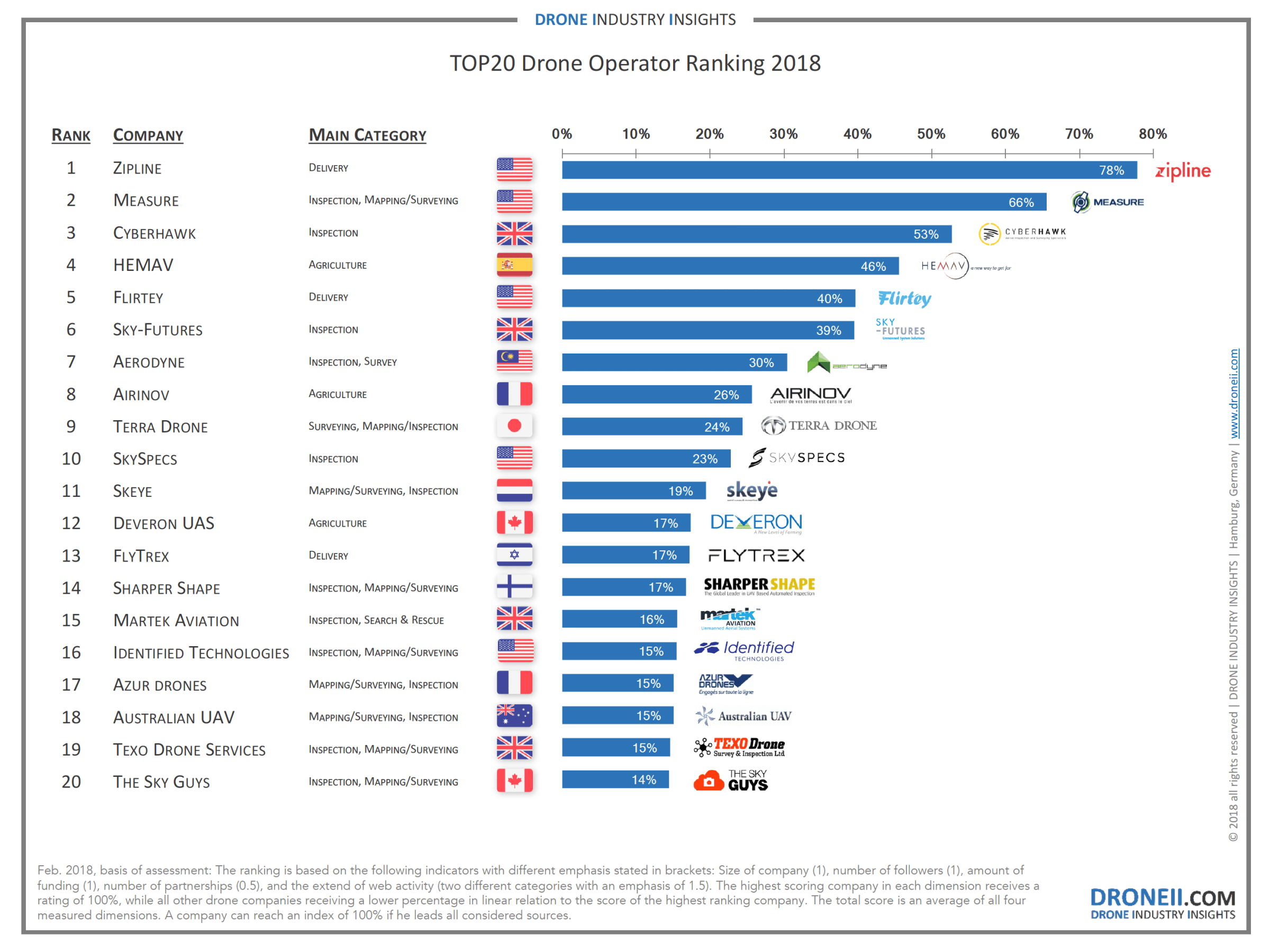 Drone service providers have been around for a while now – time to showcase the scale on which drones are being put to work today! The commercial drone market changed a lot over the last years – we saw how hardware lost its leading position and has been displaced by drone services and drone software solutions. This development can be seen in the evolutionary changes in the investment market and in the distribution of strategic partnerships.

In this ranking, we display the TOP20 drone-as-a-service companies based on an analysis of 200+ global operating drone service providers. Since the drone industry does not yet offer a solution that can fully incorporate drone services as they currently exist, drone service providers and drone operators working within larger organizations are the ones providing actionable information for clients in agriculture, construction, mining, oil & gas and many other vertical industries. This reality has made a major impact on how we’ve been able to rank the various drone services.

In the TOP50 of our drone service ranking, 40% were from North America, 36% were from Europe, 10% were from MEA (the Middle East and Africa), 6% from Asia, 6% from Oceania, and finally 2% from South America. This breakout demonstrates the power of the North American and European markets but also proves they are not the only places to find these services.

Additionally, the TOP10 companies in our ranking alone received more than $116 million in funding, while the TOP20 acquired $130 million in total. Clearly, stakeholders both inside and outside of these companies have been able to demonstrate the real and future value of this technology. This value is being further supported by drone service providers looking for partnerships to extend and foster their business.

The second half of our ranking is dominated by drone operators that provide inspection and mapping/surveying services. This is a strong indication of the interest that the market as a whole has for drone service providers and indicates where we’re seeing considerable growth and interest. Of these companies, Sharper Shape out of Finland i.e. received more than $4 million in funding.